Different Types of Banks - What are Various Kinds of Banks ? 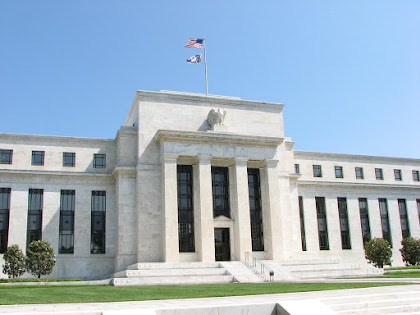 Commercial banks are established with an objective to help businessmen. These banks collect money from general public and give short-term loans to businessmen by way of cash credits, overdrafts, etc. Commercial banks provide various services like collecting cheques, bill of exchange, remittance money from one place to another place.

In India, commercial banks are established under Companies Act, 1956. In 1969, 14 commercial banks were nationalised by Government of India. The policies regarding deposits, loans, rate of interest, etc. of these banks are controlled by the Central Bank.

Industrial / Development banks collect cash by issuing shares & debentures and providing long-term loans to industries. The main objective of these banks is to provide long-term loans for expansion and modernisation of industries.

Land Mortgage or Land Development banks are also known as Agricultural Banks because these are formed to finance agricultural sector. They also help in land development.

In India, Government has come forward to assist these banks. The Government has guaranteed the debentures issued by such banks. There is a great risk involved in the financing of agriculture and generally commercial banks do not take much interest in financing agricultural sector.

Indigenous banks means Money Lenders and Sahukars. They collect deposits from general public and grant loans to the needy persons out of their own funds as well as from deposits. These indigenous banks are popular in villages and small towns. They perform combined functions of trading and banking activities. Certain well-known indian communities like Marwaries and Multani even today run specialised indigenous banks.

Every country of the world has a central bank. In India, Reserve Bank of India, in U.S.A, Federal Reserve and in U.K, Bank of England. These central banks are the bankers of the other banks. They provide specialised functions i.e. issue of paper currency, working as bankers of government, supervising and controlling foreign exchange. A central bank is a non-profit making institution. It does not deal with the public but it deals with other banks. The principal responsibility of Central Bank is thorough control on currency of a country.

In India, Co-operative banks are registered under the Co-operative Societies Act, 1912. They generally give credit facilities to small farmers, salaried employees, small-scale industries, etc. Co-operative Banks are available in rural as well as in urban areas. The functions of these banks are just similar to commercial banks.

Hong Kong Bank, Bank of Tokyo, Bank of America are the examples of Foreign Banks working in India. These banks are mainly concerned with financing foreign trade.

Following are the various functions of Exchange Banks :-

Consumers bank is a new addition to the existing type of banks. Such banks are usually found only in advanced countries like U.S.A. and Germany. The main objective of this bank is to give loans to consumers for purchase of the durables like Motor car, television set, washing machine, furniture, etc. The consumers have to repay the loans in easy installments.