Normally, in international trade, the exporter may not be ready to take the risk of selling his abroad unless he is sure of getting his payment. Likewise, the buyer may not buy goods in international market from an unknown party due to risk of not meeting his requirements. Both these risks are quiet high, which may sometime result into major financial loss. This perception is not congenial to development of international trade. 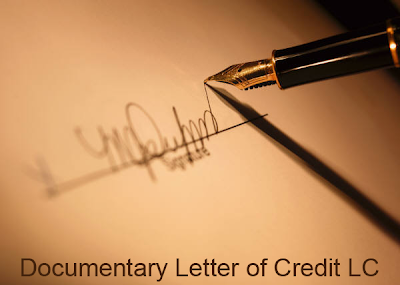 The seller, therefore, needs an assurance of payment on behalf of the buyer; similarly, a buyer would want somebody to ensure due performance by the seller as per the contract.

Both the parties can feel satisfied, if a professional intermediator like bank lends his support by issuing Documentary Credit on behalf of the buyer (importer) in favour of the seller (exporter).

What is a Documentary Credit ? Meaning, Definition

A Documentary Credit is an instrument, which can be used for settling the trade payments. It may be defined as follows

"Credit means any arrangement, however, named or described, that is irrevocable and thereby constitutes a definite undertaking of the issuing bank to honour* a complying presentation."

In common parlance, documentary credit is like a bank guarantee except that the bank guarantee covers a situation of non-performance of the contract (payment is made when a customer does not perform as per the contract). A documentary credit covers a situation where payment is made on performance of contract.

From the above definition, we can derive five important features of documentary credits, viz. :-

Parties To The Letter of Credit (LC)

Types of Letter of Credit (LC)