The first original reference of PPP Theory was made by David Ricardo. However, Gustav Cassel popularized this theory in 1918. According to PPP theory, when exchange rates are of a fluctuating nature, the rate of exchange between two currencies in the long run will be fixed by their respective purchasing powers in their own nations. 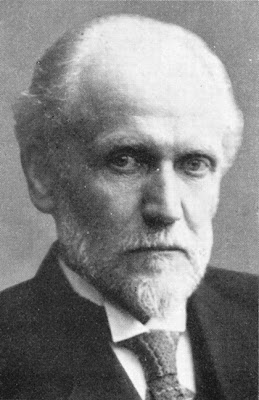 Gustav Cassel has presented the PPP theory in two versions.

Absolute Version of the PPP Theory

According to the absolute version of the purchasing power parity (PPP) theory, the exchange rates between two currencies should reflect the relation between the international purchasng powers of various currencies. In simple words the exchange rate would be determined, at the point where the internal purchasing power of the respective currencies gets equalized. Let us take an example to illustrate the point. Suppose particular basket of goods cost Rs. 1000/- in India and $ 100 in the U.S.A. That means the exchanges rate would be Rs. 10 = $1.

The exchange rate an be determined with the following equation. 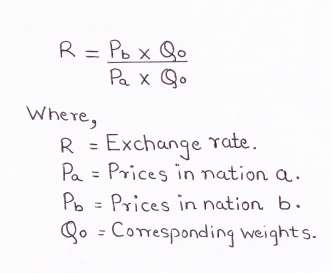 In this equation 'P' i.e. prices are related to the respective bundle of goods with same weights assigned in both the countries. Thus, the above equation explains that the equilibrium exchange rate is determined by the ratio of the internal purchasing power of foreign currency and domestic currency in their own countries. Thus, to conclude the absolute version of this theory maintains the the absolute version of this theory maintains that the absolute purchasing power of respective currencies does play a vital role in determining the equilibrium exchange rate.

Relative Version of the PPP Theory

It can be simplified with the following equation. 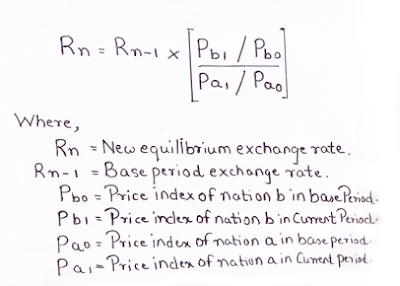 Thus, according to the equation when the price level in concerned nation changes, automatically the internal purchasing power of the currency of that nation goes on changing. This change leads to the change in the equilibrium exchange rate. Thus, under this theory Gustav Cassel has tried to link the purchasing power of two currencies in determining the equilibrium exchange rate. However, it has been criticized on the following grounds.

Thus, the PPP theory is criticized on the above grounds.

Despite these criticisms the theory focuses on the following major points.