The company which issues insurance policy is called insurer. Insurance company is also called assurer or underwriter. Insurer agrees to pay compensation on the happening of uncertain and unfortunate event. 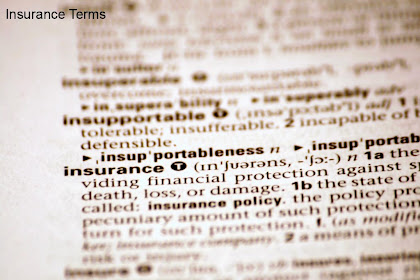 The person who is protected against uncertain losses and who is paid a compensation by the insurance company is called insured or assured. He is a person in whose favour insurance policy in issued. He is also called a policyholder.

Claim is a demand made by the insured for compensating the loss to the subject matter of insurance. Insurance companies give claim forms to policyholders for the giving claim. Claim is made on the happening of the event. For example, fire, flood, theft, death, etc.

Reinsurance is a system by which the original insurer enters into a contract with another insurer for sharing a part or all the risks taken by him. It is done when the amount of risk covered is very high. The main objective is to reduce the risk of large contracts.

Double Insurance takes place when the insured insures his property or goods with two insurance companies. In such a case, each insurer will pay the proportionate amount in case of loss. If one insurer agrees to pay the full compensation, then he can claim the proportionate amount from the other insurer. The main objective is to ensure additional safety.

Actuary is a professional person appointed by an insurance company to give advice about premium rates, insurance product development, investments, maintenance of accounts, etc.