All those assets which generate periodical income are called as Performing Assets (PA).

While all those assets which do not generate periodical income are called as Non-Performing Assets (NPA).

In India, the time frame given for classifying the asset as NPA is 180 days as compared to 45 days to 90 days of international norms. 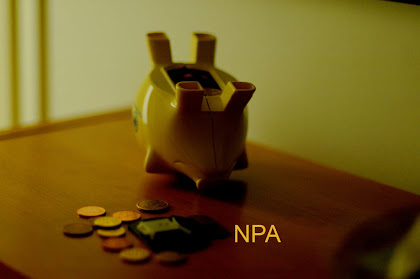 NPA have been divided or classified into following four types:-

These assets can be identified by the Central Bank or by the Auditors.

Provision on types of assets

NPA arises due to a number of factors or causes like:-