Principle of Division of Work

In context of this article, let's revise the meaning of following words:

With this understanding, let's grasp the meaning of division of work: 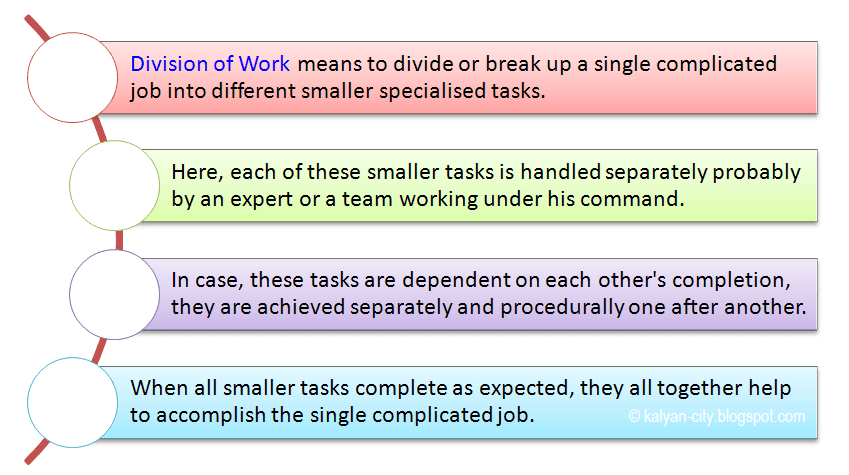 Study the following image depicting an example of division of work. 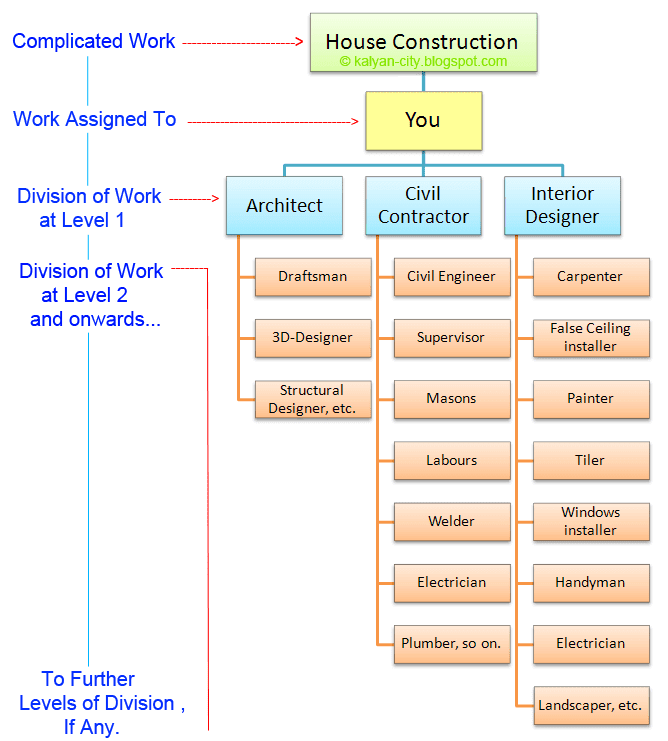 Consider for an example, for the first time in your life you have planned to construct a beautiful dream house at your favourite location. Before initiating the actual phase of construction work, you do some pre-research regarding how to build a house systematically. You figure out which crucial steps you'll need to carry out and professional services you'll need to access, communicate, negotiate and hire. After getting acquainted with the basic construction procedure and having the necessary funds in hand, you start further planning accordingly.

You divide the combined work of house construction as follows:

The division of work does not stop at the above three steps else it further bifurcates into numerous specialised works as listed below.

Architect divides his work of preparing the layout plan of house among:

Civil contractor divides his work of house construction among:

In fact, efficient completion of each of the above listed numerous specialised works overall helps to progress gradually and ultimately finish the single difficult job of a house construction.

Explanation of Henri Fayol's Principle of Division of Work: 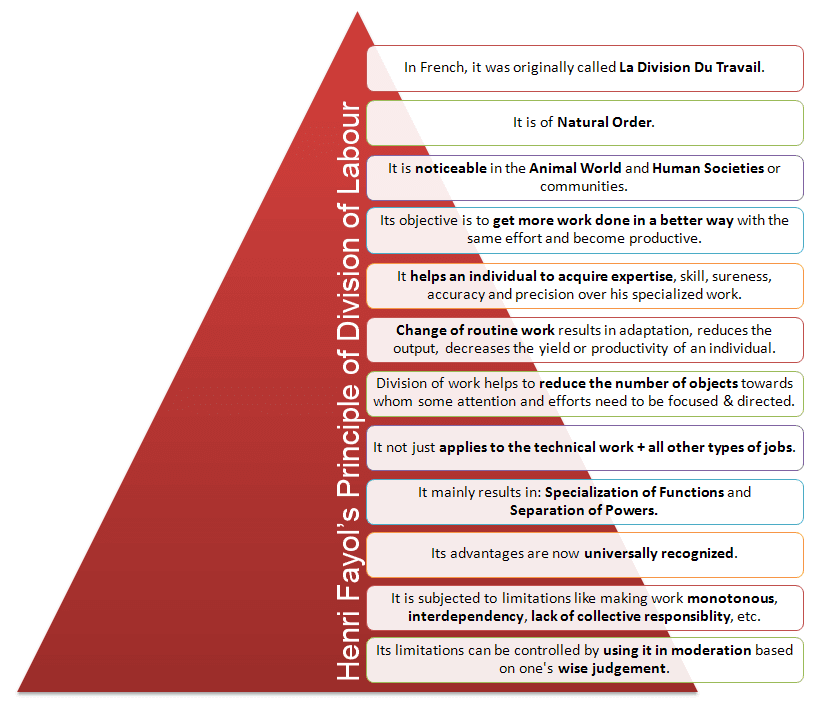 Following authoritative books were referred to compile this article and are also recommended for further clarity on the Principle of Division of Work: